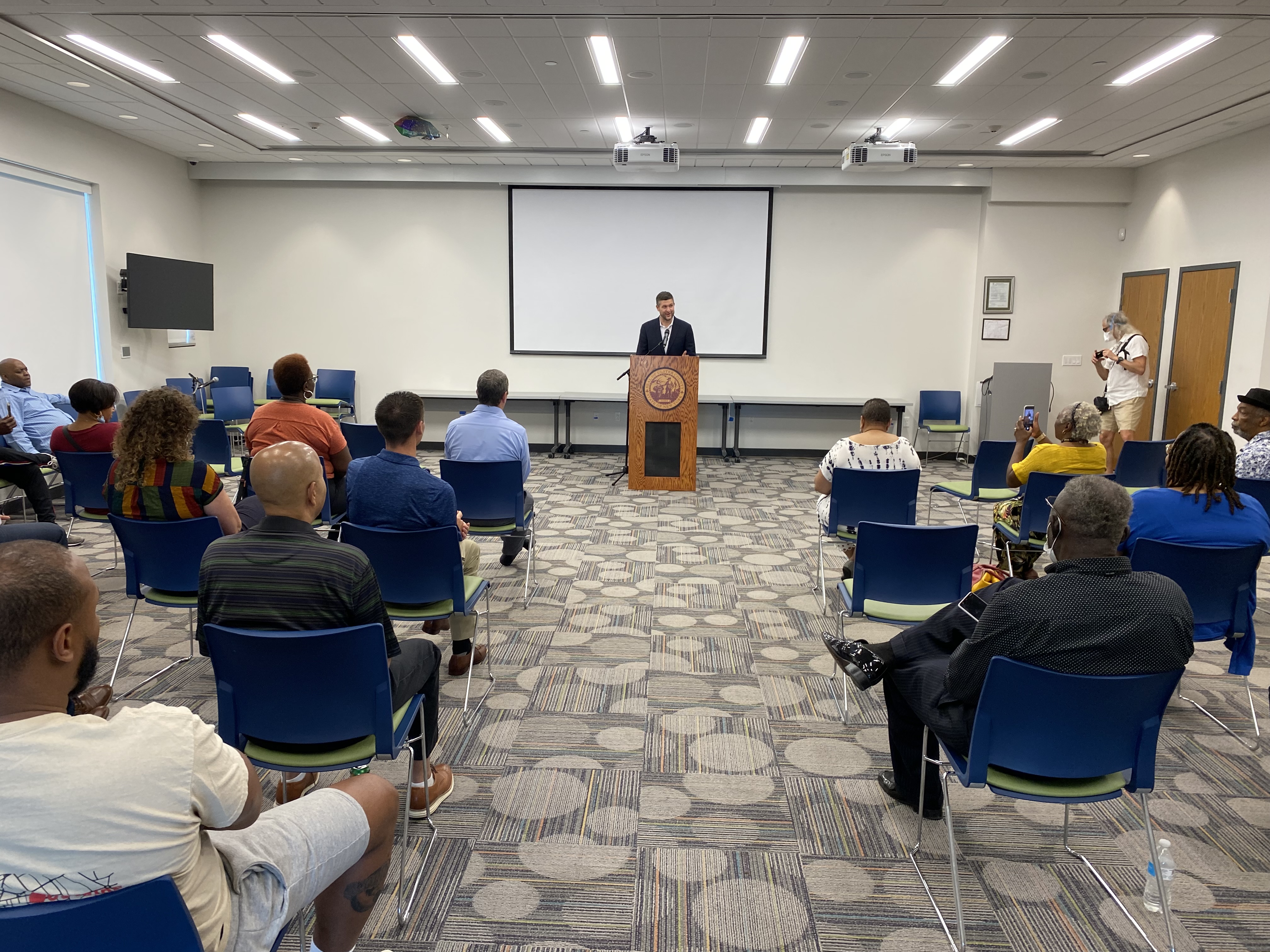 Juneteenth is a federal holiday and an official holiday in New York State, commemorating the ending of slavery in the United States and African American emancipation and freedom

KINGSTON, N.Y. - Ulster County Executive Pat Ryan announced today during a celebration at the Restorative Justice and Community Empowerment Center in Kingston that, for the first time, Juneteenth is being observed as an official Ulster County holiday. County Executive Ryan submitted to the Legislature a resolution designating June 19th as “Juneteenth,” an annual public holiday, which they unanimously adopted on April 19th, 2022.

“On June 20th, we will officially observe Juneteenth for the first time in Ulster County. This is a historic moment and one that is frankly overdue,” Ulster County Executive Pat Ryan said. “The last federal holiday to be added in America was MLK Day in 1986, and it was not celebrated by all 50 states until the year 2000. Juneteenth is a celebration but also an opportunity for all Americans and residents of Ulster County to acknowledge the continuing struggle for equality, and recommit ourselves to fighting for justice for Black Americans.”

“Today we celebrate Juneteenth as a symbol of the human spirit achieving victory over cruelty and oppression - a reminder that through our endurance and resilience, the promise of freedom and justice for all will prevail,” Town of Esopus Councilwoman Evelyn Clarke said.

“I chose to sing the song, ‘Love Train,’ because the message of love beckons people from all over the world, regardless of race, creed or color to Get On Board with spreading the message of love; it was the love for family, freedom and human rights that our ancestors gave their lives that we may be free,” said Pastor Doris Schuyler of Riverview Missionary Baptist Church in Kingston. “I chose to read the poem, ‘Keep in Your Heart the Blood,’ because we are all truly made of one blood.”

“Juneteenth is always a day of reflection and remembrance; I would like to use a quote from Angela Davis: ‘Today on Juneteenth, the day we celebrate the end of slavery, the day we memorialize those who offered us hope for the future and the day when we renew our commitment to the struggle of freedom,’” Ulster County Human Rights Commissioner Tyrone Wilson said.